Do you want to use Node-Red with Light Blue Bean? Just follow these 3 easy steps or download the provided code to do it for you!

Do you want to use Node-Red with Light Blue Bean? Just follow these 3 easy steps or download the provided code to do it for you! 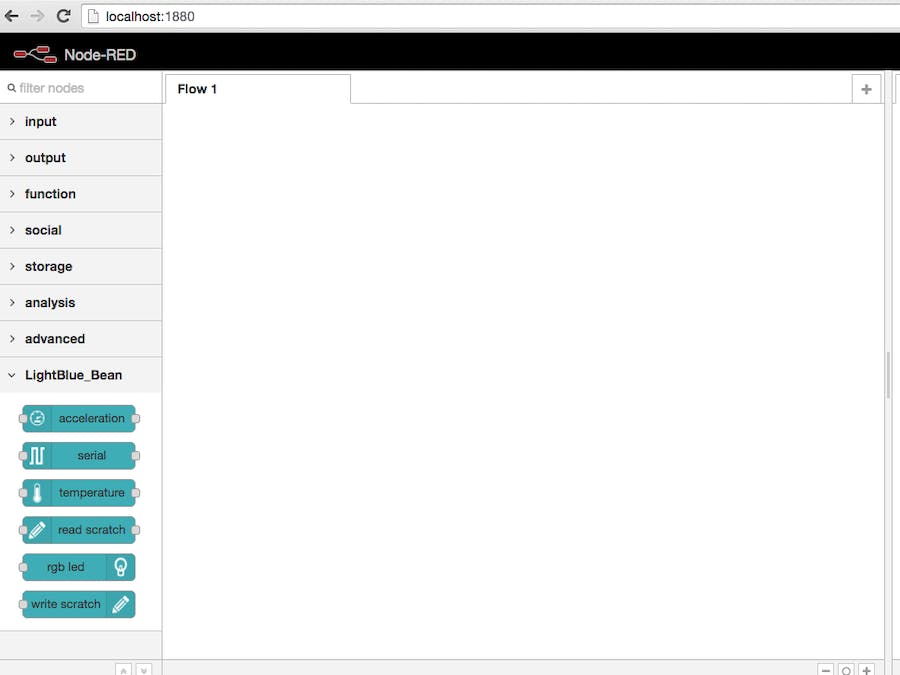 I recently installed Node-Red and got the Bean Nodes extension for my Mac. Although it was a straightforward process, it was a bit time consuming. For this reason I have created a bash script that you can run in the terminal! If you feel anyway uncomfortable about using a script from a website or just want to know what each command in the bash script does, there is also the 8 step method in this same article. In this short blog, I will list all the steps needed to get started with Node-Red and Bean Nodes that will be used in future projects on this blog!

Note: All commands below are meant to be typed into the terminal, after each line click enter to execute the command.

1. Download the script from my Github account here. Be aware! This script will install HomeBrew, an amazing tool for getting libraries, applications, etc.

2. Press Command + Spacebar and type "terminal", then open the terminal. Once in terminal, navigate to where you placed the file called "node_red_bean_install.sh" (if you do not know how to navigate through the terminal take a second to read this).

That's it! When your computer opens, start up a terminal window and type node-red. Now go to your favourite browser and go to http://localhost:1880. You should see the Bean Nodes in the left side menu (as shown in picture below).

1. If you have not already done so, install HomeBrew. It is like sudo apt-get but for Mac. It allows you to install apps and packages fairly easily, and the best part is it will also install all of the dependencies as well! I have used to it many times for my schooling as well as my own projects. To install HomeBrew open up a terminal window (hit Command + Spacebar and type terminal) and copy and paste this:

Once you have pasted it into the terminal click enter.

2. Now that you have HomeBrew, type brew install npm into the terminal and hit enter. This will install the Node Package Manager that we will use for downloading the next components.

4. The Bean Nodes depends on a library called Noble, type npm install noble into the terminal to download this library.

7. Once your computer has opened, go to the terminal and type in node-red. Go to your favourite browser and go to http://localhost:1880

4 projects • 20 followers
I am a Mechatronics Engineer. I enjoy learning new software/hardware platforms and then blogging about my experience.
ContactContact