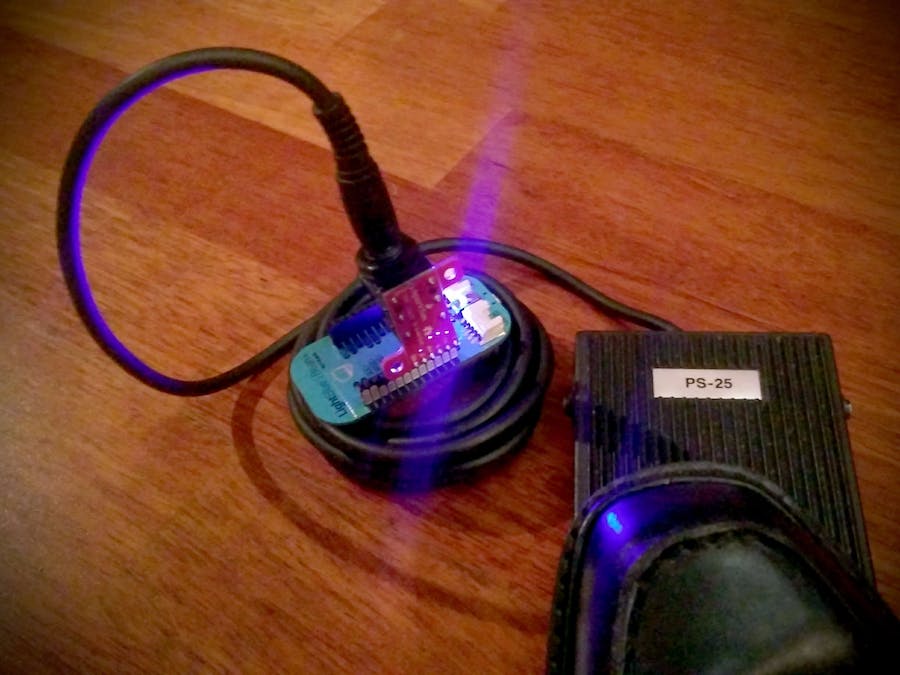 This project converts a guitar or keyboard foot switch into a wireless (BLE) MIDI controller, using a Bean or Bean+.

The bean is programmed to send a MIDI CC message when the foot switch is depressed. Any music app or music notation app with MIDI Learn capabilities can be controlled by this message. Currently, I'm using a bean to turn pages in forScore.

First, solder the audio jack and right-angle headers to the TRS breakout.

The foot switch shown in the photo is an MPM PS-25, but one of the rugged Boss foot switches will also work, as will the less expensive plastic one sold by Adafruit. The polarity of the foot switch doesn't matter because its initial state is detected when the sketch starts.

Upload the sketch provided to your bean.

After connecting the bean, follow the MIDI Learn instructions in your chosen music app.

The included sketch will also work with a TRS insert cable connected to two foot switches, as shown in the photo below.

To use a different BLE-enabled board, follow the connection guide for your board below and upload the matching sketch.