Technology and kids does not necessarily mean tablets and video games. A Lightblue Bean wearable is a small tech addition to good old games.

Playing Slow Catch With The Bean

Playing Slow Catch With The Bean

Technology and kids does not necessarily mean tablets and video games. A Lightblue Bean wearable is a small tech addition to good old games. 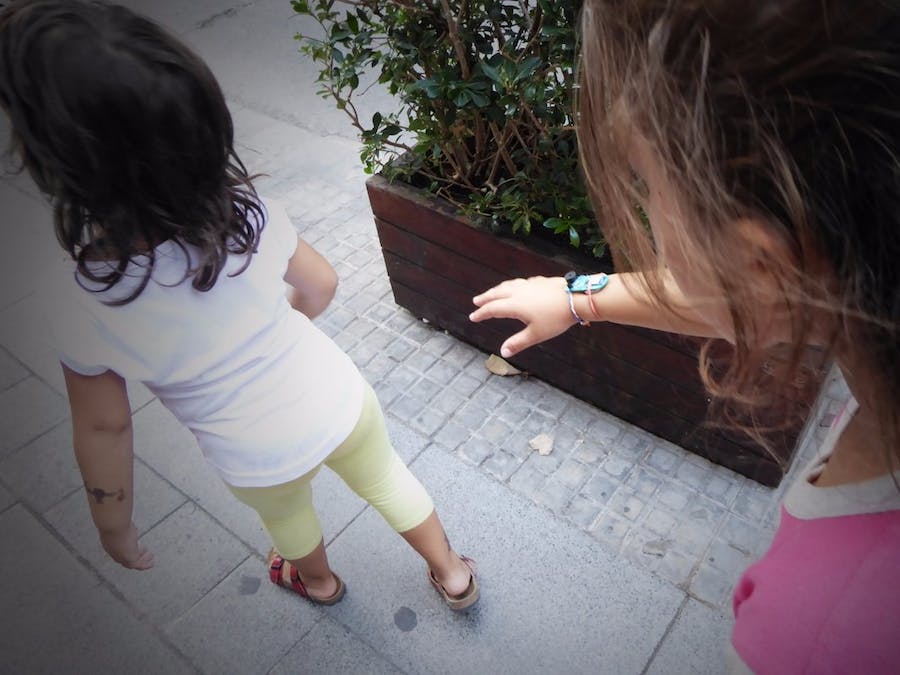 You can read the original (and longer) version of this story here:

The Punchthrough Ligthblue Bean is a small board with a bluetooth enabled microcontroller, a 3-axis accelerometer and an RGB LED. It also has a small prototyping board and can be powered by a CR2032 coin cell. It’s actually a nice piece of hardware although it doesn’t come cheap.

You can code it using Arduino framework adding a few custom libraries to manager the bluetooth communication, the accelerometer and the RGB LED. With a few more components you can create really fun wearables.

For this project the BOM is:

The schematic is very simple. The transistor switches the power to the buzzer and you drive the transistor gate using a digital IO pin with the resistor in series. The 3V of the coin cell are enough to make the buzzer sound but you will certainly not have a loud beep here so the device will work better on quiet environments: indoors or noise-less outdoors.

The code is really straight forward, head to my blog post above to check it along with some comments.

My daughters had a good time playing slow catch with their Bean powered bracelets. It was actually funny to see how they moved in a very awkward way trying not to trigger the buzzer. They even invented new games like being the first to touch a tree branch with the hand they were wearing the sensor (not fair since one it taller than the other) or trying to grab an orange from the table. Most of the times they both failed to do it without triggering the sound as they burst out in laughs.

The buzzer is really too low to be heard outdoors unless there is some silence, and that’s something that simply does not happen when kids are involved. I might try to use a 12V 23A battery to power a 12V buzzer and a step-down for the microcontroller. It will certainly add some cost to the project but it might do the difference when playing outdoors. 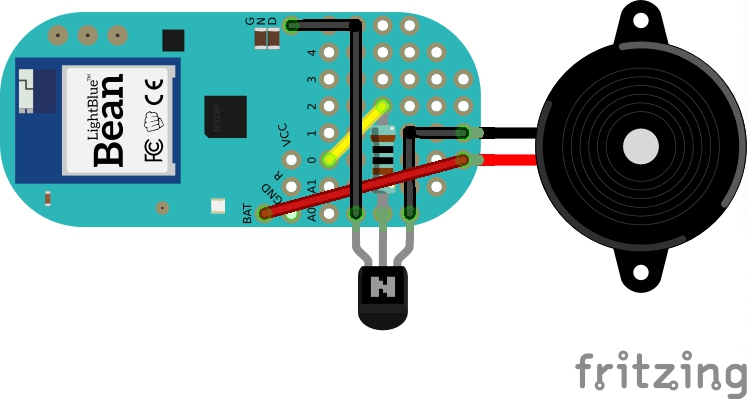