What happens when you strap a LightBlue Bean to some fireworks?

What happens when you strap a LightBlue Bean to some fireworks? 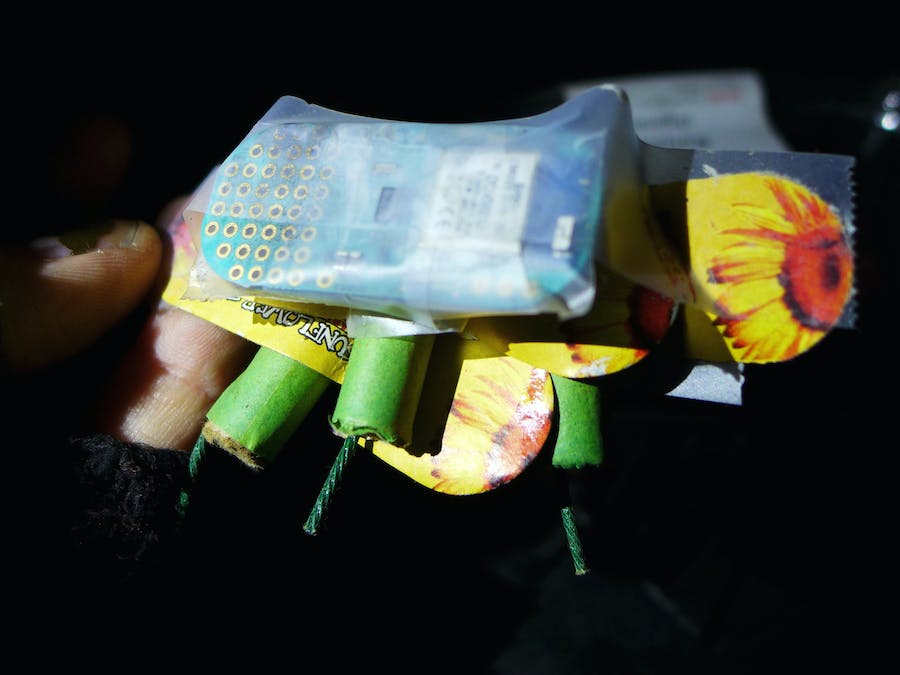 It was the dawn of 2015. Chris and I had a LightBlue Bean, some fireworks, and a mission: to blow up the controller—or at least get some weird data out of it.

Here's a question for you:

We got some spinners and decided to find out.

Unfortunately, in the confusion, it was tough to tell when I was and wasn't recording – and I managed to put the camera on macro mode, so much of the video is blurry. But here's a representative sample (brief swearing alert):

I used Scotch tape, since it holds well enough, but is easily detached and might even provide a bit of shielding. (This was a good call, as the board is now a tad scorched under the gaps in the tape.)

Alas, we did not manage to blow the thing up. To that end, there are a number of further ideas in the works... but since we don't have plans to return to Nevada anytime soon, if you know of a legal place for these experiments—let me know! ;)